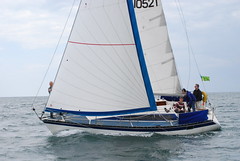 Shanghai Solar Energy Technology Co., Ltd. Lu Bingkui analysis, the biggest advantage of solar ships is abundant sunshine. In the open sea, not all kinds of building block, in the same light conditions, can maximize the use of solar energy. Marina dock, they can use this time to absorb the solar energy into electricity and stored in batteries for rainy days or night use.

And solar cars, solar airplane, as the new green technology, solar energy than the traditional “oil tiger” obvious advantages in emissions reduction. For the solar ship, its a more advantageous position – reducing pollution caused by the collision of fuel leakage. In fact, environmental pollution caused by shipping fuel leakage is not uncommon. In 2004, the Panamanian-registered container ship “modern for” wheel and the German container ship “Mediterranean Yilun Na” round of the Pearl River estuary in China collision, resulting in more than 1200 tons of fuel oil spill ship, forming a sea of oil is about 16.5 km with a loss of up to 68 million yuan. If you switch to solar-powered ship, there would not be such a hidden danger of the.

However, to spend solar cargo round, not so easy. At present all kinds of photoelectric conversion efficiency of solar energy technology in general is low, the kinetic energy generated by natural energy is lower, so not enough to drive a large cargo ship. Power is not enough, is the biggest disadvantage of solar ships. German “Solar Planet No.” length 31 meters, 15 meters wide and weighs 60 tons, only about the size of private yachts. Experts believe that this is almost the limit of solar shipping scale.

Shanghai Science solar yacht has been in gestation

And made a “planet solar number” about the size of the solar boat, Shanghai has entered the field of vision researchers. Lu Bingkui said they had discussed and a yacht company to develop the possibilities of solar yacht, the other showing great interest. Because the yachts are mostly casual nature of the functions of tourism, fishing, etc. Mileage will not be too long, often running for some distance in the sea after the “floating” for some time, so the relatively low power requirements, solar energy can still be competent.

Envisaged in the solar ship yacht, all covered with translucent fiberglass top solar panels, so that both the sun shone into the cabin through the glass, solar panels absorb the energy has been converted into electrical energy. To ensure that powerful, yachts may use hybrid power systems.

Make vision a reality, there are many technical obstacles need to be crossed. Shanghai Jiaotong University and the construction of marine vessels YANG Qi, vice president of analysis, the ship’s power needs and the hull design is closely related to solar-powered boat, is bound by its dynamic characteristics consistent ship, the hull design of flow lines, to minimize water resistance. In addition, the speed of the ship’s forward power, and even the hull of the material requires careful study.

According to “Planet of solar number” engineer, when bad weather at sea, the ship will depart from the established route, the sun’s position will change, so they developed a special calculation methods to increase as much as possible the effective illumination area. Experts said that solar ship if put into practice, will lead to a new round of ship design industry innovation.

The new energy-saving and low-carbon “legs”

When a global consensus on energy saving, green energy technology when seeking the rising tide, every birth of a new type of green energy vehicles, all of mankind to solve the problem of oil depletion provides a new idea. “Planet solar number” of exemplary precisely that. Not long ago, Switzerland has announced that they will be displayed during the Shanghai World Expo this year, a solar-powered aircraft. Ship Ye Hao, aircraft Ye Hao, not only to expand the human imagination, leading a round of technological revolution and, more importantly, the concept of green carbon are widely publicized.

China is not still pay close attention to development of a solar boat, solar ship? Experts divided. YANG Qi that, in addition to concern about renewable energy, the existing power system to study how to save on fuel consumption are equally important. National Chiao Tung University College of the ship have a number of marine and construction team, dedicated to the development and improvement of the system more efficient diesel engines, making ships in the original power remains unchanged, the reduction of “drink oil”, and this is also for energy saving positive contribution. YANG Qi said that China’s key technology in ship fuel research in the field machine is relatively weak, such issues will help change this situation, the real power from a shipbuilding power to a ship changes.

Experts believe that the search for new energy technologies for oil alternatives, upgrading existing fuel technology, has always been to the “low-carbon” in about two “legs”, the two should be complementary, mutually reinforcing relationship. If constantly seeking “new” and ignore the current transformation, or only in the circles within the existing technology, not innovation and breakthroughs are undesirable.

I am an expert from China Auto Suppliers, usually analyzes all kind of industries situation, such as snake board , birdhouse skateboards.